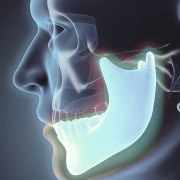 In the mouth the soft tissue damage can manifest as spots or growths size, of various shapes and color. They can be in the whole mouth.
Each cell type is able to be transformed into benign or malignant lesion; so there is a lot of damage, benign or malignant, frequent to rare.

three cases leading to their removal can be distinguished:

Suspicious lesions:
The simple visual examination of a lesion is not always possible to affirm its benign or malignant. In that case, surgical removal of the entire lesion or just a portion (biopsy) will aim to submit a lesion histology (microscopic) which alone will be able to confirm the diagnosis.

The malignancies (cancers)
Cancers are, of course, be removed because surgery is often the only treatment to achieve complete healing. The goal is therefore to remove them completely, by providing a "margin of safety", that is to say, passing off, on the sides and the bottom, to give themselves every chance of avoiding a recurrence.
Which was removed will be systematically subjected to histological analysis (under a microscope) to confirm the diagnosis and to corroborate the fact that the lesion has been removed in whole.

The excision of a lesion, whether small or large is primarily a surgical procedure. It can be performed under local or general anesthesia depending on the size and location of the lesion but also in terms of reconstruction that results. Surgical excision should remove comprehensively lesion often healthy tissue safety margins. Histological analysis of the injury is systematic because only this examination to confirm the Benin or malignant lesion. This analysis allows in some cases to assess the aggressiveness of the lesion. When dealing with a large lesion or poorly located or if malignancy is uncertain, your surgeon may need to perform a biopsy to identify the lesion.
Indeed, surgical technique and reconstruction processes may be different depending on the type of injury. Depending on the size and location of the lesion, there are several methods to repair the defect. Each surgery will leave behind a scar, certainly, will go on decreasing, becoming more or less discreet, but never totally invisible. The basic principle is the removal "in time" followed by direct suture approximation of banks. The integration of the area to be removed in a time is essential to avoid the formation of folds at the ends of the scar when closing, but results in a scar whose size is greater than the diameter of the initial lesion.
On this subject, be aware that if most often, the scar is greater than the initial injury, is that to extend a scar reduces the tension exerted on each of its banks. 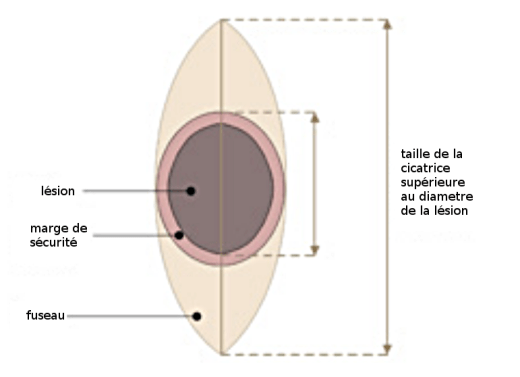 In cases where the size of the lesion or its location make impossible a closure by direct suture, coverage of the removed area will be ensured by a local plasty which corresponds to the displacement of a flap of mucosa surrounding so that it comes to cover the defect.

The usual postoperative and post-operative care

One can possibly find some discomfort with a feeling of tension on the scar, but actual disabling pain are rare. The first few days it will avoid "force" on the scar.

It is common that & rsquo; a small bleeding persists for a few hours to overnight following the & rsquo; Intervention. The treatment consists of mouthwash ice water and if it is possible to compress the bleeding area until the bleeding does s & rsquo; not stop.
In the 48 early hours, Often the operated area swells significantly and joins bruising (bruises). Fortunately these symptoms are only temporary. Itching are fairly common around the suture son. The son in the mouth are almost always absorbable but can be removed from the 15th day they are troublesome.
If the scar is available, massage it should be started 15 days after healing and conducted several times a day.
It allows & rsquo; soften the scar is often indurated for some weeks and reduce adhesions. The postoperative orders will be given most of the time before surgery. This will allow you to go for post-operative medication before surgery. It is advisable to be accompanied for output and for the first night after surgery. It is sometimes desirable to have after surgery a few days off work. Alcohol and tobacco should be avoided before and after intervention.
Alcohol is incompatible with most drugs against pain. Tobacco decreases healing, increases postoperative pain and increases the risk of infection. For procedures with a flap reconstruction, smoking can cause serious complications. In this context, it is recommended a complete stop smoking at least a month before surgery and wound up (generally 15 days after the procedure). Excellent oral hygiene is essential.
prescribed mouthwashes should be initiated only after 24 hours. The surgical area must be cleaned with an ultra-soft brush (known surgical). Food should not be hard for the 2 weeks after surgery. Specifically: During the 2 first days, the diet should be soft, warm or cold. Then during the 12 days Avoid very salty or very acidic foods. Also avoid offensive foods: biscuits, toast, chips…
Also avoid very small items that could come between the dots and create infections semolina, peanuts, rice, peas ... You will find on the site https://docteurwajszczak.fr in the section advice recipe ideas suited to you after this type of surgery.

A post operative follow up consultation is essential, it ensures the proper development of postoperative and inform you of the results of pathological analysis.

A scar is pink lining and thick while 1 months and then gradually thinning 1 an. A period of several months (sometimes up to one to two years) is required to appreciate the final appearance of the scar. We must understand that the healing remains a random phenomenon whose quality can not be guaranteed. Indeed, the quality of healing varies widely by age, body parts, environmental factors, and a patient to another. After removal of malignancy, pathological microscopic examination can sometimes conclude that the safety margin at the periphery was insufficient and that the lesion, whose boundaries are sometimes very vague and difficult to precisely determine with the naked eye, therefore might have not been removed completely or with a sufficient safety margin. Revision surgery to remove any remaining tumor or to spend more away from the old injury then most essential time.

Although the removal of a lesion was deemed complete, including pathological examination, can sometimes help, even years after, a "recurrence" local lesion. This is explained by the fact that some lesions are "multifocal", ie they present several development buds, some may be minimal, not detectable during the first intervention, and not contiguous to the main lesion. They can therefore be spared initially and then develop their own account.

Any medical procedure, very well led, harbors a risk of complications. Do not hesitate to contact the surgical team that took care of you, or clinical emergencies or contact 15 in case of serious emergency. Bleeding: they can even occur a few days after surgery. They are usually easy to control. Hematoma: mostly harmless, they can justify being surgically removed if they are too large. Infection: it is manifested by intense pain and local redness with purulent discharge. The use of antibiotics or simple local health allows, most of the time, solve the problem, sometimes with adverse consequences on the quality of the scar. of sutures: it is more common in smokers. It is treated with local care but will delay the evolution. It can cause a widening of the scar, often less forward than was originally thought. Necrosis mucosa: it is a mortification of mucosal tissues default of blood supply. It is exceptional and occurs only in cases of extreme tension on the banks of the scar or when making a flap to the precarious vascularization. It can sometimes complicate a hematoma or infection. It is clearly favored by smoking.

Injury to nearby nerves : Usually these are the sensory nerve nets that are concerned, then leading to localized sensitivity disorders (anesthesia, tingling…). Exceptionally, it may be a driving arm, resulting in a paralysis of the affected part of the face (e.g. half a lip). Fortunately most of the time these disorders are transient and disappear spontaneously within weeks. In total, should not overstate the risks, but just be aware that surgery, even seemingly simple, still a small share of hazards.

We may request that cookies be set on your device. We use cookies to let us know when you visit our websites, how you interact with us, to enrich your user experience, and to personalize your relationship with our website.

Click on the different headings of the category to find out more. You can also change some of your preferences. Note that blocking certain types of cookies may affect your experience on our websites and the services we are able to offer..

These cookies are strictly necessary to provide you with services available through our website and to use some of its features.

Because these cookies are strictly necessary to deliver the website, refuseing them will have impact how our site functions. You always can block or delete cookies by changing your browser settings and force blocking all cookies on this website. But this will always prompt you to accept/refuse cookies when revisiting our site.

We fully respect if you want to refuse cookies but to avoid asking you again and again kindly allow us to store a cookie for that. You are free to opt out any time or opt in for other cookies to get a better experience. If you refuse cookies we will remove all set cookies in our domain.

We provide you with a list of stored cookies on your computer in our domain so you can check what we stored. Due to security reasons we are not able to show or modify cookies from other domains. You can check these in your browser security settings.

We also use different external services like Google Webfonts, Google Maps, and external Video providers. Since these providers may collect personal data like your IP address we allow you to block them here. Please be aware that this might heavily reduce the functionality and appearance of our site. Changes will take effect once you reload the page.